The Crossover Event of the Season 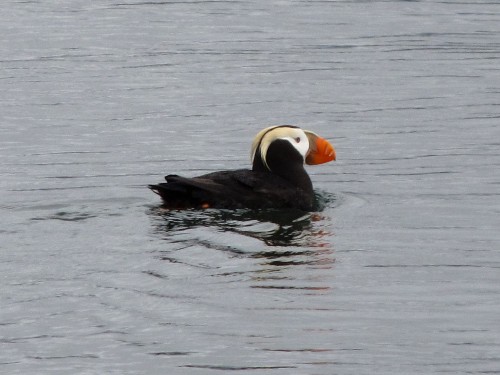 During a long morning watching seabirds in Kachemak Bay east of Homer, I  decided that I needed my own reality television show focussed on birding.  If people actually watch the Kardashians and Honey Boo Boo and whatnot, certainly they would tune in to see a balding middle-age guy track down North America’s most interesting birds… right?  I mean, you’re reading this right now and it’s not even on TV!

As we were returning to the boat basin at Homer Spit, I saw something that gave me a sudden inspiration. 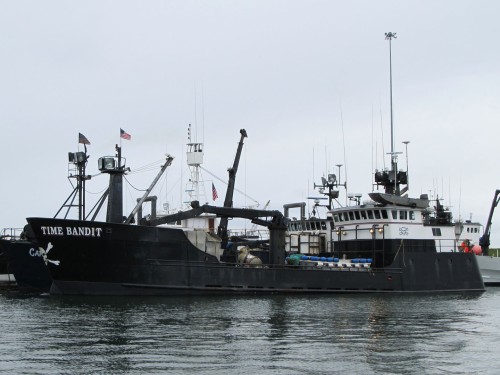 It was one of those crab boats from that show on the Discovery Channel.  I’d watched it a couple of times – the most interesting parts are the hundreds of pelagic seabirds that follow the boats around eating the bycatch.  What I really needed, I thought, was a television special – a “crossover show” featuring both the crab guys and me.  We could call it “Deadliest Birding.”  Or perhaps, less dramatically but more truthfully, “Most Uncomfortable Birding.”  Those fishing guys could catch some crab while meanwhile I would be up on the bridge (staying dry and warm) identifying the storm petrels, shearwaters, and fulmars flapping around the vessel.  Brilliant!

Sadly, the boat seemed deserted, and there was no one to listen to my fabulous pitch.  But I am seriously planning another kind of crossover.  I’ve been doing almost all of my birding solo this year.  But tomorrow I’m flying to Nome, and will be teaming up with another birder doing a Big Year (for calendar year 2013).  His name is Neil Hayward, and he is hard core.  He has already seen almost as many birds in the first 6 months of 2013 as I have in the last 12 months combined.  You can read his brilliant and hysterical blog here: http://accidentalbigyear2013.blogspot.com.  I’m counting on Neil to help me track down some tough specialties of the Nome region, and also to keep me from getting lost in the tundra or eaten by a Grizzly.

Finally, on an unrelated note, I have only about 10 days to go on my Nature Conservancy fund drive, and I still haven’t quite reached my goal.  A huge thanks to those of you who have donated already, and a plea for the rest of you to consider a contribution.  Even a small one helps!  Thanks!  The address to donate is: http://support.nature.org/goto/degrys

The Kittiwakes and I thank you! 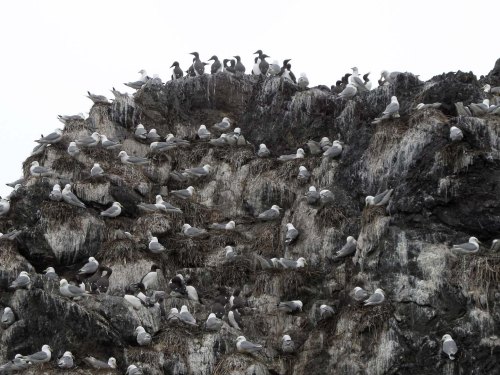