Despite leaving Seattle over a week ago, this is my first blog post of my trip (and I’m going home tomorrow!).  My lack of productivity on the blog front is due to two factors.  The first is that I spent the first four days on an odyssey to Big Bend National Park, a place of spectacular geology and surprising biodiversity – and extremely limited internet availability.  The second factor is that I’ve spent the last couple days battling some of kind of nasty bug, which I thought might be Hantavirus or deadly Valley Fever, but my wife thinks is the stomach flu.  She’s probably right.  Again.  Thank goodness.

Anyhow, back to Big Bend.  Some places are in the middle of nowhere.  Not Big Bend.  In order to reach it, you have to first drive to the middle of nowhere, and then keep going for another couple hundred miles.  It’s at the End of Nowhere.  I’ve been lots of places during my travels this year with no cell phone service.  But I think Big Bend is the only place I’ve been with no cell service anywhere within 75 miles. 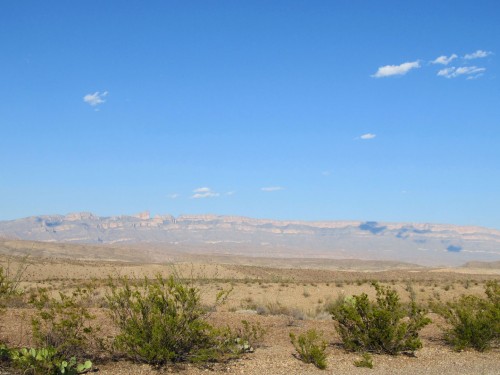 Big Bend National Park encompasses an area over 800,000 acres, making it slightly smaller than Olympic NP and slightly bigger than Yosemite.  Yet not many people make it all the way out to Big Bend.  Olympic NP has 10 visitors for each one person who travels to Big Bend.  Great Smokey Mountains NP has 33.  I had to traverse four time zones just to get here: leaving Seattle (PDT), arriving Tucson (MST), driving through New Mexico (MDT), and finally traveling south through the Trans-Pecos region of Texas (CDT).  I was confused and exhausted arriving in Van Horn, TX for the night, as it was an hour later than I thought it should be.  It turns out that Texas has 254 counties, 252 of which are on Central Time and 2 of which are not.  Really, Texas?!

But the trip was worth it, for the scenery alone. 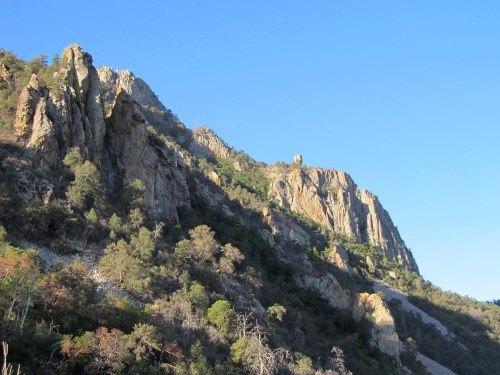 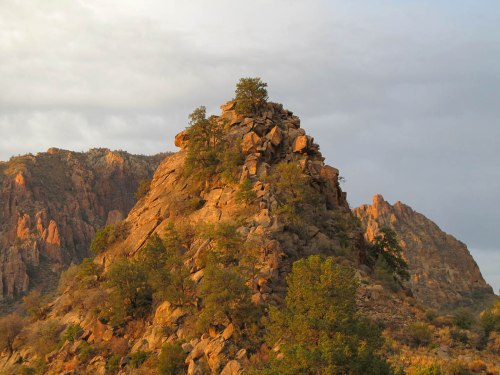 Unfortunately, these tiny pictures do not begin to do justice to the vastness of the landscape and the sheer magnitude of the mountains.

And then there was the wildlife.  I was constantly reminded that I was in Black Bear and Mountain Lion country. 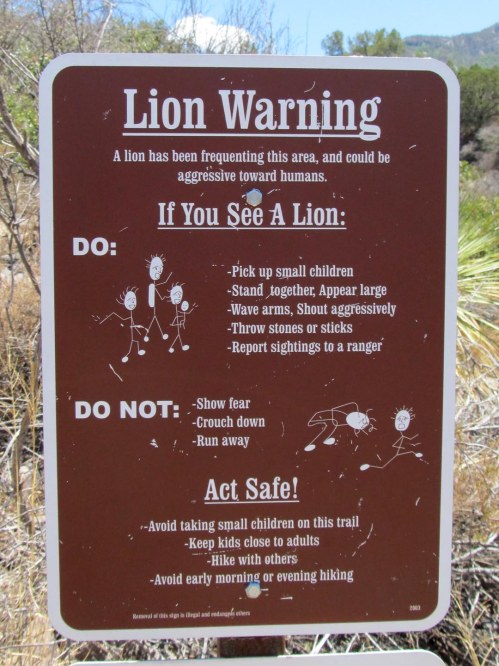 I love how we’re supposed to both “avoid carrying odorous food” and also “carry out trash and left-over food.”  I totally understand the reasoning for each, but don’t you think trash and leftovers might qualify as “odorous food”?

Returning from a hike, a ranger asked me if I’d seen any mountain lions.  I said no.  She said, “well, you can bet that one saw you!”  Then she pointed to the bear and lion tracker:

While unfortunately (or fortunately?) I didn’t run into any large carnivores, I did find plenty of wildlife.  Javelinas (Collared Peccaries) made an appearance every evening.

A pair of Common Blackhawks were nesting near the Rio Grande.  My photo of the birds themselves didn’t come out (it was almost sunset), but here’s their personal sign:

A Greater Roadrunner sat high in a dead tree and sang his mournful territorial song:

This female Blue-throated Hummingbird was squeezing in one more snack before bed. 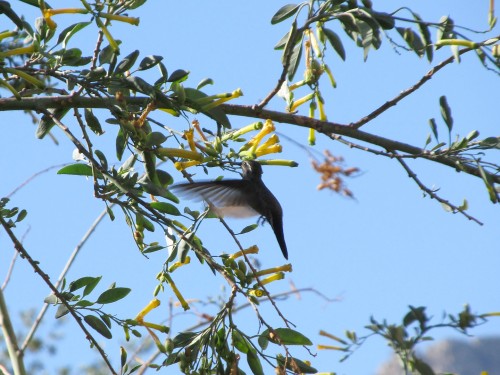 And tarantulas scurried across the desert, out for their evening meal: 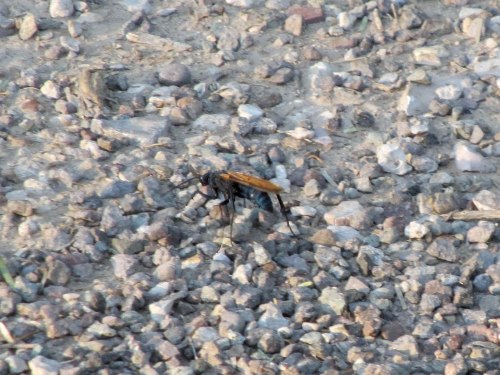 The female tarantula hawk stings a tarantula, which paralyzes it but doesn’t kill it.  The wasp then drags the tarantula back to its burrow and lays an egg inside.  When the egg hatches, the wasp larva eats the tarantula alive.  Yikes!  Tarantula hawks usually don’t bother humans, but their sting has been rated the #2 worst insect sting in the world by the Schmidt Sting Pain Index.  I stayed away from the tarantula hawks.  Far away.

While I’m always a sucker for interesting fauna, I spent a little time checking out the flora as well.  Agaves are common in Big Bend.

These succulents flower only once, at the end of their lives, sending up a huge stalks to pollinate their flowers and disperse their fruit. 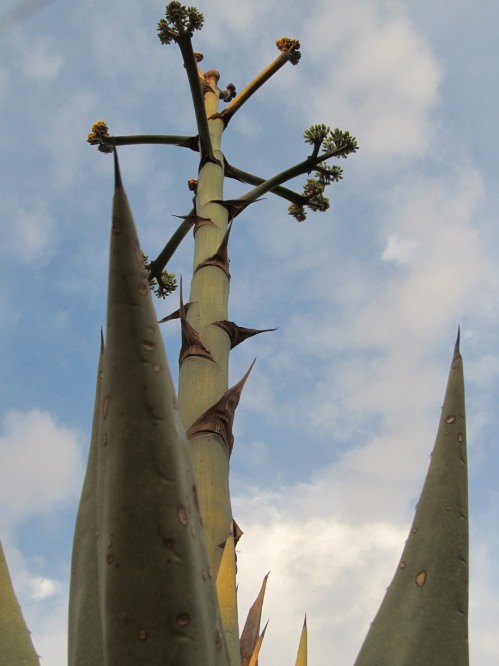 Although they are sometimes known as “century plants,” most species of agave only live a couple decades or so.

My first full day in Big Bend was a feast for the senses, and I had to drag myself back to my room after enjoying an amazing sunset.