My second visit to Texas during my Big Year is in the books.  I will return to the Lone Star State in May for a brief excursion to Big Bend National Park.  But until then, here is my trip wrap-up.

Total number of individual birds seen during my April Texas trip (according to my eBird summary): 5380 (approx) 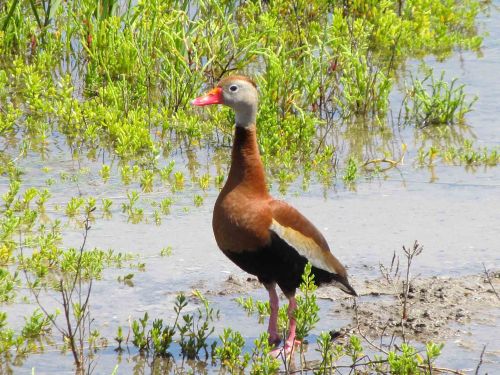 Coolest Thing to Just Sit and Watch: The heron rookery at High Island’s Smith Oaks, where hundreds of Great and Snowy Egrets, Roseate Spoonbills, and Neotropic Cormorants are showing off their spectacular nuptial plumage, courting, mating, bellowing, building nests, incubating eggs, and generally carrying on and creating quite a show. 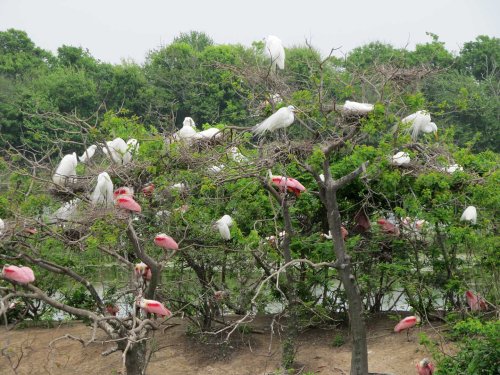 Bird that would be outrageously cool if it were rare instead of incredibly abundant, or if it were less annoying (perhaps if it didn’t get together with 750 of its friends and white-wash your car with poop while you go in to the grocery store for ten minutes): Great-tailed Grackle 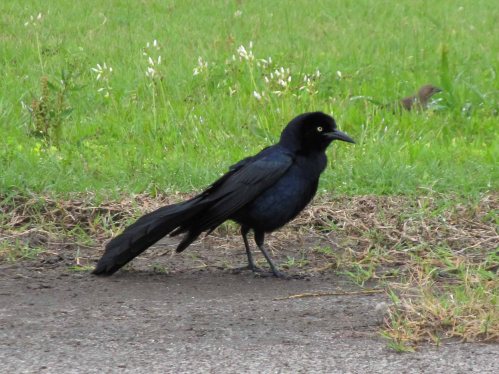 Best Yankee Booby-trap: The Container of Not Sweet Tea at a Houston area restaurant

This one might require a little explanation if you haven’t spent a lot of time in the South.  In order to understand what’s going on here, you need to know three important details: 1) No self-respecting Southern drinks unsweetened tea.  It just isn’t done.  2) Most Southerners don’t hate Yankees, but they don’t really like ’em that much either.  3)  To Yankees, Sweet Tea may sound like an two word phrase with an adjective and a noun, like ‘green shirt’ – but it isn’t.  Sweet Tea may have two words, but it describes one single, specific thing – like cotton candy or Kansas City.

Looking at the picture above, a Yankee might take this to mean that the container on the right dispenses sweetened tea, and the one on the left unsweetened tea.  A Southerner knows better.  The one on the right dispenses Sweet Tea, and who the heck knows what’s in the other one – but it sure ain’t Sweet Tea.  It might be radiator fluid.  It would be like labeling one container ‘water’ and the other one ‘not water.’

I concluded that the ‘Not Sweet Tea’ container must be a booby-trap for unsuspecting Yankees.  I watched this beverage station for a good 30 minutes while I ate lunch.  Seventeen people came to get Sweet Tea, but no one tried the ‘Not Sweet Tea.’  I had a Diet Coke.

Provided the FAA doesn’t furlough my air traffic controllers, I’ll be on the red-eye to Fort Lauderdale on Wednesday for 12 days in South Florida.