Readers of this blog know that I have been able to capture photos of a great many owls this year, and that the photos themselves are often ridiculously bad.  The owl is usually underexposed, blurry, mostly hidden inside a tree, or largely obscured by branches.

Well, get a load of this beauty. 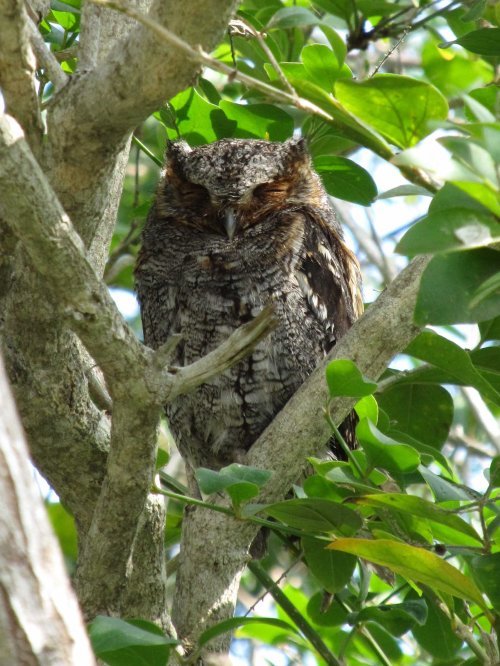 This is a Flammulated Owl, so named for the ‘flame-like’ markings near the eyes (ok, use your imagination a bit!).  It’s about 6 inches long, and weighs about 2 oz (half the weight of the Least Grebe Quarter-Pounder).  Normally they winter in southern Mexico and points south, and come north to breed in summer in the Ponderosa pine forests of the American Mountain West.  In 15 years of birding, I’ve only see one other one – and that was at 3am along a deserted forest road in central Washington miles and miles from nowhere.  They are one of the most difficult North American owls to see.

This one is hanging out in some bushes, about 100 yards from the beach on South Padre Island.  What’s it doing here?  I didn’t have a clue.  Until I hung out on the beach myself for a bit … and then I began to see the appeal. 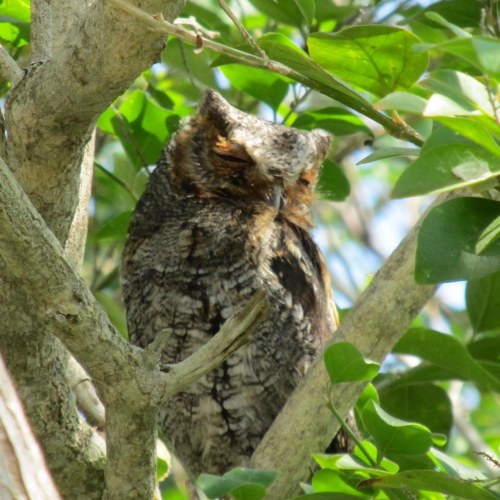 One response to “Flammulated Wowl”