It’s September, and shorebird migration is in full swing.  Sandpipers, plovers, phalaropes, and godwits are winging their way south.  After spending the breeding season in the high Arctic tundra, these little guys are traveling south, some heading all the way to New Zealand!  If you want to catch them as they whiz by Washington state, the best place to be is the outer coast.  I recently headed west to Grays Harbor County for a couple days to see what I could dig up. 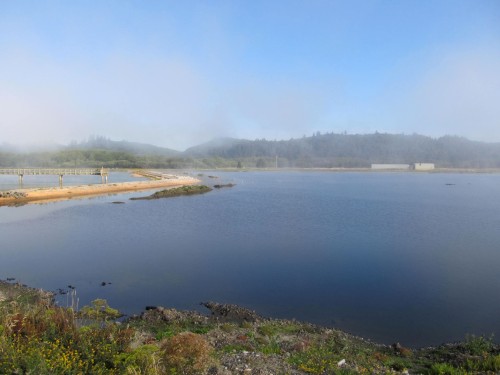 My first stop was the Hoquiam Sewage Treatment Ponds.  Nothing gets your blood pumping like the morning fog burning off above an azure lagoon of poopy water.  Awesome.  I tallied a number of good birds, including a couple of dozen Pectoral Sandpipers (like the one pictured below). 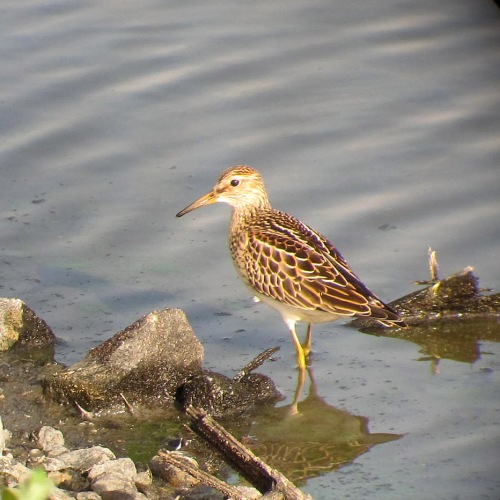 I also tracked down a Ruff, a rare Asian stray that ended up on the wrong side of the Pacific. 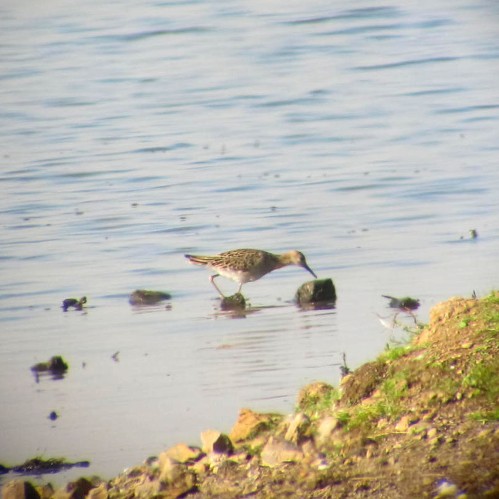 I love the sign posted here.  For MOST people, the “no trespassing” part would be completely superfluous, but serious bird watching need that extra encouragement to STAY OUT. 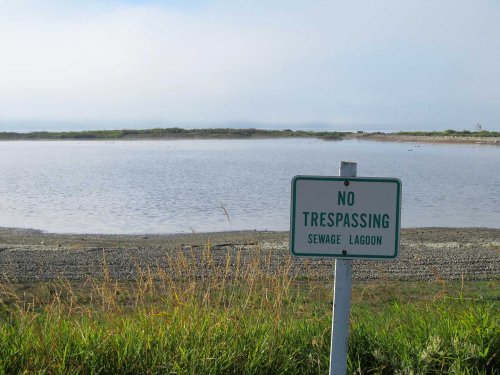 My next stop was Ocean Shores, specifically the Point Brown jetty at the southwest tip of the peninsula.  I timed my visit for the hour before low tide, because I wasn’t just going TO the jetty, I was going out ON the jetty – close to the end.  It was foggy, but I clamored up the rocks and started picking my way out to the tip, several hundred yards distant. 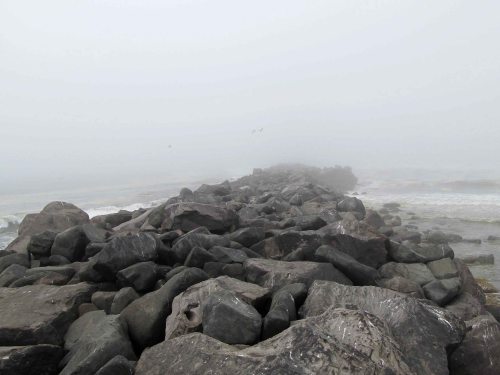 Many birds are habitat specialists.  Pectorals and Ruffs are perfectly content to walk around in shallow water through the mud and sand, but other species of shorebirds prefer the rocky coastline.  These “rockpipers” use their sharp bills to pry mussels, snails, and barnacles off the rocks while dodging the waves crashing around them.  If you want to see rockpipers, you need to visit the rocky shore habitat, and the Point Brown jetty is one of the most accessible areas of such habitat around.  Of course, “most accessible” is a relative term.  You still have to climb over huge boulders through the ocean spray and bird droppings, and make sure you are off the jetty before the tide rises.  At least one unfortunate birder was washed off the top of the jetty when caught unaware of the rising tide.

About halfway out, I began to catch glimpses of my target species through the fog and spray. 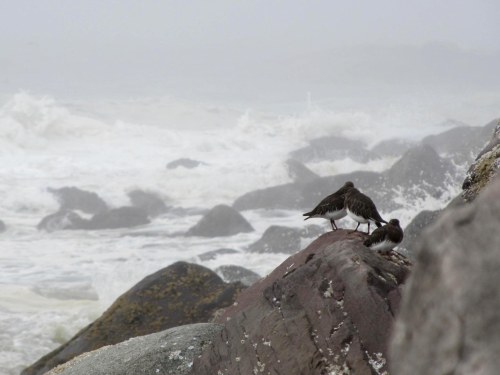 A group of Black Turnstones was milling around, catching a bite to eat and resting on the rocks.  Further out, I saw a Wandering Tattler and more Turnstones. 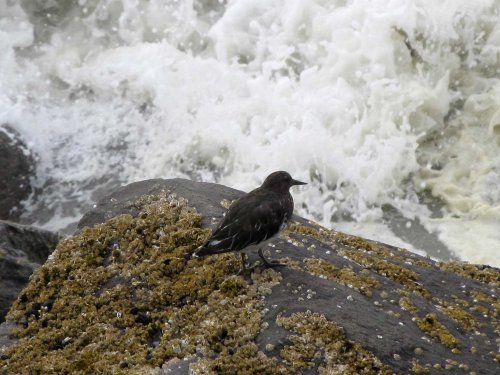 After about an hour, I was near the end of the jetty, surrounded by Turnstones, Tattlers, and the appropriately named Surfbirds, who were dancing in and out of the powerful waves crashing against the rocks. 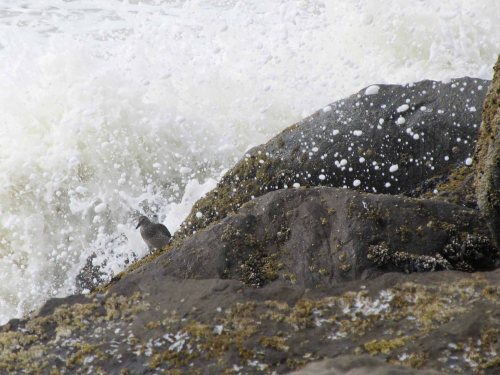 At this point I decided to head back in, as low tide had passed and the water would begin rising soon.  I hit several other shorebird hotspots in the afternoon, finding a nice array of adult and juvenile sandpipers in all states of molt.  Most birds shed their feathers in the fall, growing new ones which sometimes show different colors and patterns than the ones they wore in the spring and summer.  The molting birds can take on quite interesting appearances. 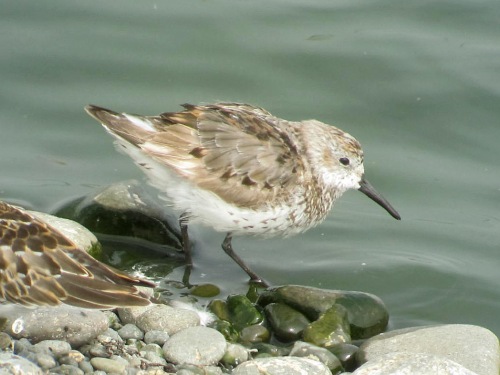 I headed to bed early, because I knew what was in store for tomorrow: Monte Carlo!