Florida seems like a obvious destination for a bird watcher.  Maybe you can also imagine Arizona, California, or Maine.  But New Jersey?  Yep, I’ve traveled all the way to Joisey (unofficial slogan: howyadoin‘?) to watch birds.  But why?  The answer lies in the geography of New Jersey, specifically the southeastern part of the state that juts out into Delaware Bay and the Atlantic Ocean.  At the tip of this finger of land sits Cape May, one of the most famous birding locations in the US. 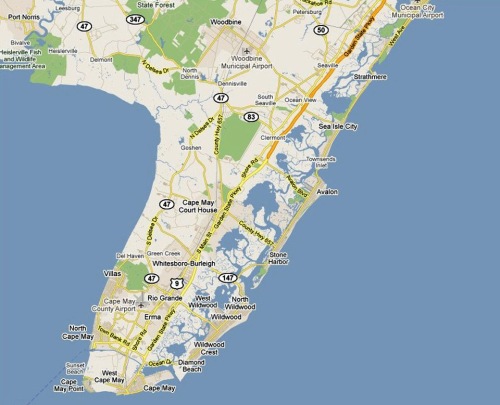 What’s so special about Cape May?  In a word: migration.  Many of “our” songbirds, hawks, and shorebirds only spend a few short months with us during the summer breeding season.  When falls arrives with its shorter days and cooler temperatures, these estival visitors wander south to the topics (or all the way to the austral temperate and polar zones in some extreme cases!).

Given a choice, most birds prefer to migrate over land.  As they head south down this peninsula, these migrating birds get more concentrated as the land narrows.  At the tip, the intrepid ones press on and fly across the bay to Delaware.  But many of them see a few dozen miles of open water in front of them and scream “Oh $&!*” (or some bird equivalent) and fall out of the sky near the tip to rest, feed, and call their insurance agent to make sure their life insurance policy is paid up.  If you are a bird watcher, the tip is where you want to be as the birds drop in for a short stop before continuing off across the water.  So that’s why I’ve traveled here to spend the last few days exploring the area around Cape May County.

If you are a really Serious Birder, you spend dawn and the hours following at the observation towers at a place called Higbee Beach not far from the southern tip of Cape May.  Here you can watch hundreds of 4-inch birds fall from the sky.  They zip by at 20 mph or more, often visible for only a few seconds, at ranges of up to 300 yards.  And you can hear these Serious Birders call out the birds as the blast past (“Prairie Warbler!  Baltimore Orioles!  Redstart!  Flock of nuthatches!”)

I hung out on the dike for a while, but to be honest I couldn’t even find all of the birds in my binoculars, let alone ID most of them as they powered by.  So I wandered down to the woods, fields, and meadows just inland from the dike where you can often study the birds at close range for longer than a second or two. 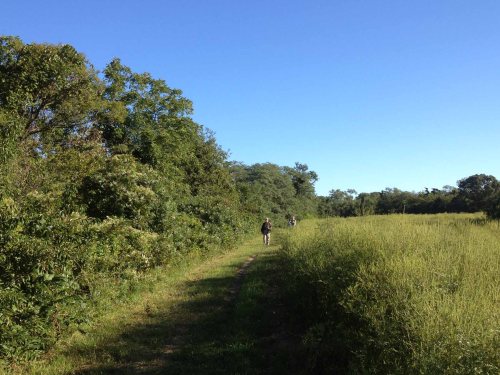 The number of birds varies with the wind and weather conditions, but I had pretty good luck this week, tallying 17 species of warblers alone. 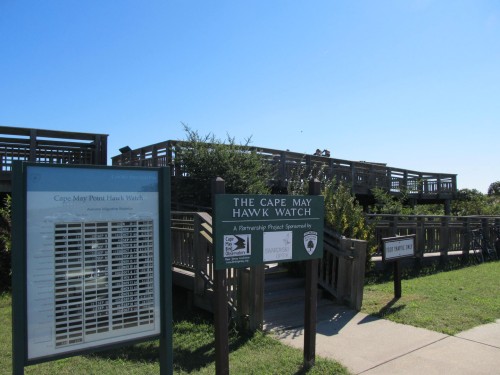 Cape May is also famous for its hawk watch, in which scores of dedicated volunteers count the number and type of each hawk, falcon, and eagle which pass by overhead.  Some of these folks can ID a hawk from several miles away, when it is literally only a speck in the sky, by the subtleties of its shape and movements.

Another thing that is special about Cape May is the large population of Horseshoe crabs who live here.  In fact, many shorebirds time their spring migration to arrive at Cape May exactly the same time the Horseshoe crabs are laying their eggs.  The shorebirds then feast on the crab eggs, refueling on their long flight from South America to northern Canada or Alaska.

I enjoyed watching this Mute Swan swim near the Cape May Lighthouse.  Mute Swans are not native to North American, and are famously aggressive to other native waterfowl.  As such, they are often considered pests.  But they are beautiful.

I even picked up a left-over World Series of Birding t-shirt at the NJ Audubon center.  What, you didn’t know there was a World Series of Birding?  No, of course I am not making this up.  Look here for details.  I’ve never been able to go, since it is always in early May.  In fact, I’ve never been to New Jersey before (unless you count driving on a short stretch of I-95 or stopping at the Newark airport).  Prime birding time here is May and September (the north and southbound migrations), when I am usually busy teaching. 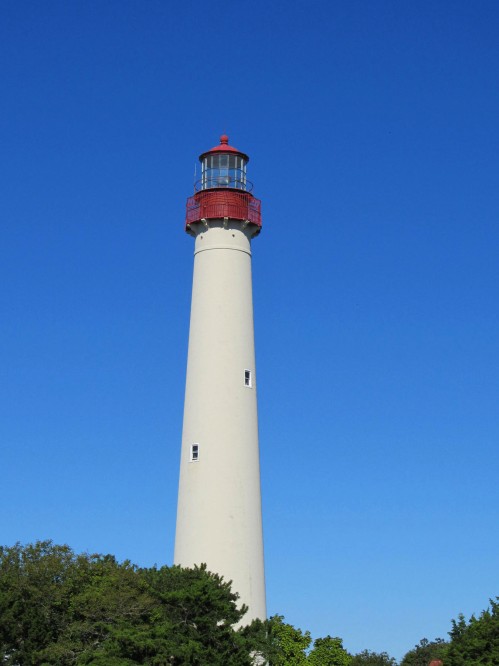