My Idea of a Good Time 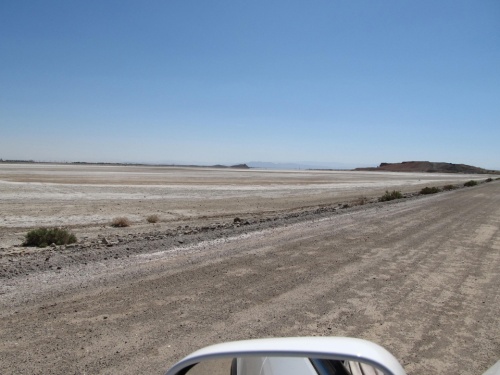 You know what would be fun?  To fly down to LA, rent a car, and then drive a couple hundred miles into the deep desert.  Let’s go in late July, when the temps will top out near 120 F.  You can get a sunburn in about 20 minutes.  I know of a particularly desolate area, with a small amount of water.  It smells a bit like a cross between a particularly boggy marsh and a sewage treatment plant.  We can drive the dusty dirt roads while the air condition tries (and fails) to cool the inside of our car.  Why would we do this?  Well to look for a seagull, of course.  And after we’re done we can drive 30 miles back into town for dinner at the fanciest restaurant in the whole area (McDonald’s).  Any takers?

Sometimes I find it hard to explain my hobby.  Many times it’s much easier to say I was in California, um, visiting relatives.  Yeah, that’s it.  But if I wasn’t into bird watching, I certainly never would have visited the Salton Sea, which is a fascinating and bizarre place.  The Salton Sea is a 400 square mile lake in southeastern California, and is less than 10 feet deep in most places.  The water is 50% saltier than sea water, meaning that only the hardiest of fish species can live there.  It was formed by accident a century ago, when efforts began to channel and dike the Colorado river to bring irrigation to this extremely dry part of California.  The mighty Colorado would not be so easily tamed, however, and in 1905 after heavy rains the river broke through the dikes and began to pour into a low-lying rift valley.  For nearly two years, almost the entire flow of the Colorado River poured into this valley, forming the Salton Sea.  Eventually, engineers managed to repair the damage, but not before a new inland sea was formed, one of the largest lakes in western North America.

Birds and wildlife were attracted to this desert oasis, and people too.  During the early and middle part of the 20th Century, the Salton Sea was a popular resort area.  But eventually the lake began to shrink.  Nearby rivers were diverted to provide water for the growing coastal cities, and the inflow of water slowed.  Meanwhile, evaporation removed water at a fierce rate, concentrating the salt that had dissolved from the rocks when the lake was formed.  Now the lake is dying, drying up. 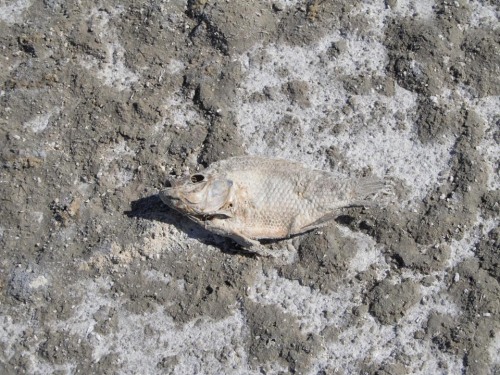 The Red Hill “Marina” is now nearly a quarter mile from the water! 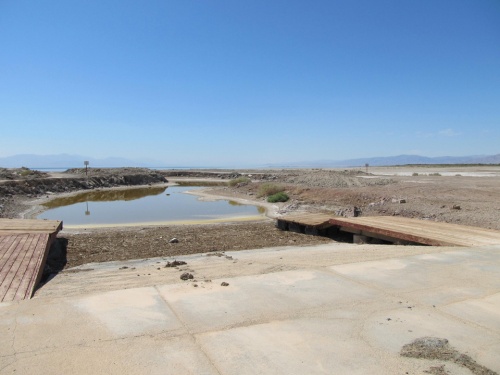 The boat ramp doesn’t quite work anymore.  Actually this picture is pretty deceptive.  That water is just a puddle that ends right around the corner – the lake is actually another 200 yards away!

Plans are underway to try to save the Salton Sea, but with water supplies in the area so scarce its future is uncertain.  It is an accidental creation after all, and not really a natural feature.  But at least for now, it provides many animals an oasis in the desert.  Among birders, it’s known as the only place in the US or Canada to see Yellow-footed Gull.  If you want to see that bird, you have to come here.  A few of these gulls wander up to the Salton Sea, but typically only in late July and August, when it’s nice and toasty.  After 30 minutes of searching, I found a couple.  Note the yellow legs and feet! 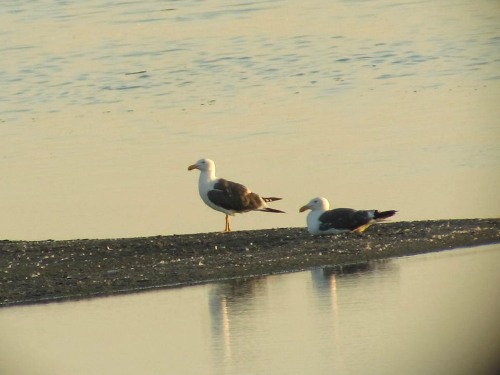 But believe me, 30 minutes walking around in 116 F heat (the highest temp my car recorded today) feels more like 30 hours.  It’s so hot and dry, you don’t even feel yourself sweating – the perspiration evaporates almost instantly.  I drank nearly three liters of water (most of a gallon) in less than two hours, and didn’t have to use the restroom.

Of course there’s more here than just gulls!  I didn’t take a lot of photos (it was too dang hot!), but I saw ducks, grebes, terns, coots, cormorants, and thousands of herons and egrets.  Oh, and about 300 American White Pelicans. 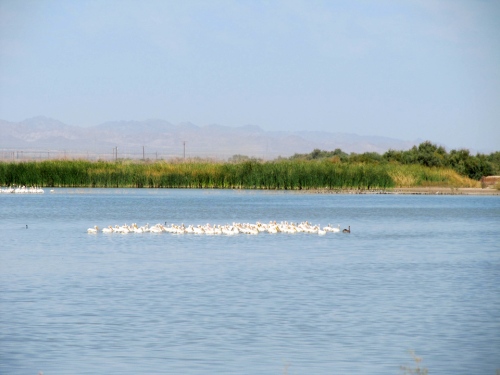 Here are a few of them.  Unfortunately this picture doesn’t really do them justice.  They are magnificent birds, with a ten-foot wingspan.  That’s about 3 feet more than the height of Lakeside’s 6’10” Upper School Director, Than Healy.  There aren’t many things with a wingspan longer than Than. 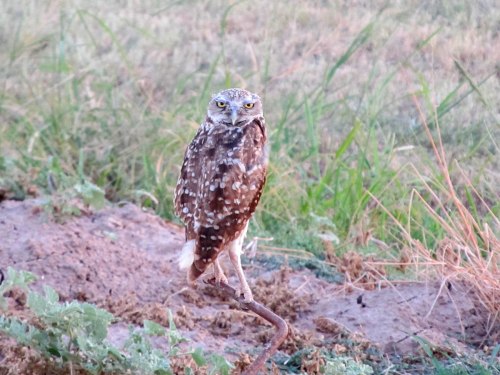 Oh yes, and the Burrowing Owls.  Too cute!  They spend their days mostly underground, and come out at dusk to look for food.  I saw a little colony of maybe a dozen of them.  There were a few reptiles too, like this four-foot snake. 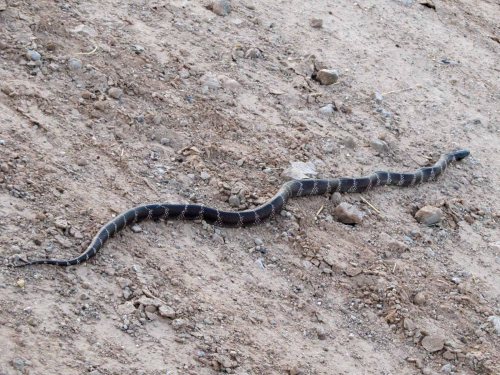 After the sun set, I got back into my car, and put it in drive.  By then, the temperature had plunged to 111 F.  Who doesn’t love a cool evening breeze? 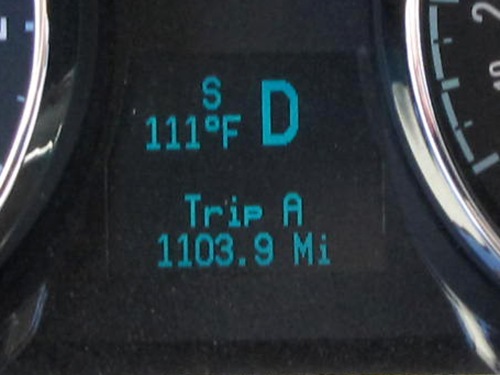 1103.9 miles driven, and an unknown number remaining.  The next morning, I began the long drive to Tucson, passing this sugar plant.

As I mentioned, this whole area is a rift valley.  Water poured into the valley in 1905 because it is at such low elevation.  The shore of the sea is about 230 feet below sea level!  This sugar plant, 20 miles away, is also below sea level – note the marking (visible just above the power line on the left) showing where sea level is compared to the height of the building.

2 responses to “My Idea of a Good Time”